If someone walked into your house, walked straight into your bedroom, and took a photo, what would it say about you? What if that person went to your office or workspace to take a picture? What would that photo say about you and how you work? 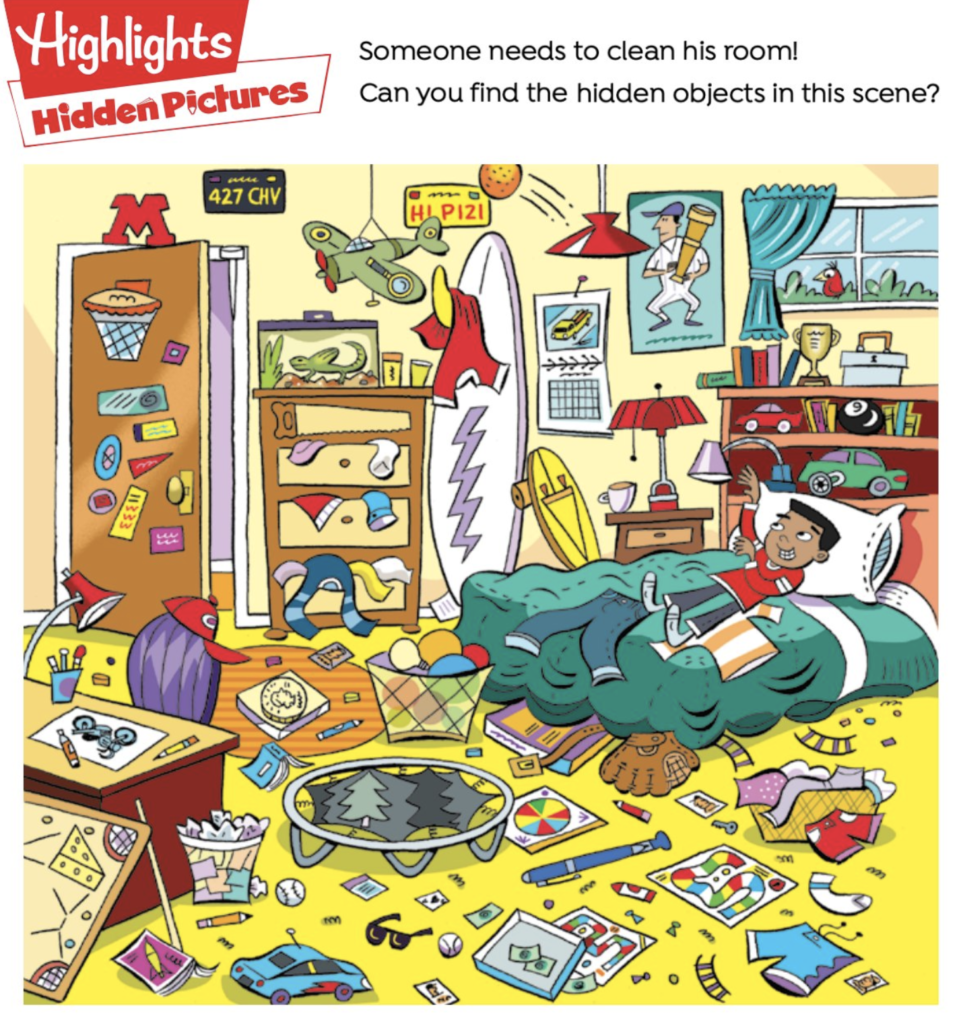 Over this past quarter in my graduate studies, I have been working on a project. We were to take a lesson (whether taught previously or new) and introduce technology into it. We used Understanding by Design by Grant Wiggins and Jay McTighe as our primary resource throughout the class and on this project. On a personal note, I was learning Ubd’s through my job as an English teacher while creating units for our school system, so I was familiar with Understanding by Design but still needed some help and guidance. Being required to follow Wiggins’ lesson plan format helped provide some further and much-needed training. For example, I knew that the end goal was to have my students incorporate hardware/software into the assignment alongside writing a solid paragraph to accompany their technology use. For me, though, to use the Ubd format meant figuring out the assessment before creating the lesson. I was not sure exactly how to assess the students. Do I evaluate them on their use of the technology, on their writing, or both? In the end, having the templates available in Understanding by Design provided the scaffolding I needed to help me not only create the suitable assessment but also to complete the project.

Here is my completed project:

An initial lesson I use at the beginning of the school year is one from the College Board’s Pre-AP English 1 curriculum in which students first practice “reading” a series of photographs of rooms, noting the telling details that hint at the rooms’ former occupants. In subsequent lessons, students practice their close observation skills by noting the telling details in works of short fiction and analyzing how each work’s discrete details work together to contribute to its overall effect.

There really is no technology integrated into this lesson that allows students some autonomy in some way and I would like to change that. I like the “organic” method to this lesson and I am a little concerned that the technological method I choose to integrate may take away from the overall purpose of this lesson of close observation. By the end, though, I think that ISTE 2.b will be addressed, which states, “Students engage in positive, safe, legal and ethical behavior when using technology, including social interactions online or when using networked devices.”

EQ: How can technology be incorporated into close observation skills?

The goal desired is for students to successfully incorporate technology into this lesson enhancing it through the SAMR method.

The College Board standards addressed are:

EU* 1.1 Close, critical reading of complex literary and nonfiction texts leads to a deeper understanding of the explicit and implicit meanings of the works.

EU 1.3 Analyzing literature is a complex task that includes making inferences, examining an author’s use of literary and stylistic elements, and drawing conclusions about the meaning of the work as a whole.

EU 2.1 Composing is a recursive process that can be used to explore ideas and illuminate concepts for both the writer and the reader.

EU 2.3 Writing an analysis requires interpreting the relevant details and features of a work and explaining their relationship to the meaning of the work as a whole.

EU 2.4 Writing a narrative allows a writer to convey experience, share perspective, or deepen their own understanding.

EU 3.1 Critical readers develop a sense of word consciousness that motivates them to investigate word meanings.

EU 3.3 Conventions of Standard English are used to aid the reader’s understanding, and authors may use or defy these conventions to achieve different stylistic effects.

Students will be able to:

With a smartphone, students photograph a room in their home or another personal space that reveals telling details about their own identities. Students may also draw a room with tablet and stylus, or use other software to create a room or another personal space (e.g., their lockers). Students then write a detailed paragraph that connects the telling details to their personality traits. For example, students would write a series of sentences in paragraph form which give telling details about the room’s owner. A good sentence frame to use would be: The _____ is a detail that reveals _____.

The rubric is a more simplistic one which can be used for writing as well as for the content of the photograph. Because this also requires a picture, the students would be graded on how detailed the photograph is, as well as does what they write reflect what can be seen in the photograph.

Score 4: The response thoroughly and creatively addresses the prompt, using one or more forms of expression in innovative ways to communicate a compelling message.

Score 3: The response addresses the prompt, effectively using one or more forms of expression to communicate a message.

Score 1: The response attempts to address the prompt, but is unsuccessful. The response lacks cohesion and the message is unclear.

Score 4: The response develops and supports its idea(s) thoroughly, closely drawing from source material when appropriate. The response creatively elaborates and explains its ideas.

Score 3: The response develops and supports its idea(s) sufficiently, closely drawing from source material when appropriate most of the time.

Score 2: The response begins to develop and support its idea(s), but sometimes the development is incomplete, or does not draw from source material when appropriate.

Score 1: The response does not develop its idea(s), and does not draw from source material.

Score 4: The response consistently and effectively uses its form(s) of expression to create cohesion and clearly establish relationships among ideas. The style or presentation of the response is creative and effective for its intended audience.

Score 3: The response consistently uses its form(s) of expression to create cohesion and establish relationships among ideas. The style or presentation of the response is effective for its intended audience.

Score 2: The response attempts to use its form(s) of expression to create cohesion, but the relationship among ideas is sometimes unclear. The style or presentation of the response is inconsistent and may not always be effective for its intended audience.

Score 1: The response demonstrates a lack of cohesion, and does not maintain a style or presentation that is appropriate for the audience.

Lesson Title: Whose Room Is This?

This lesson engages students in the act of closely observing and analyzing the telling details in a series of photographs of rooms. Students “read” the images to get a sense of how the rooms’ inhabitants might have spent their lives. This type of close observation and detective work serves as an introduction to the act of literary analysis: readers of literature must also interpret details as a means to unlock a work’s greater meaning.

Materials: Handout “Whose Room Is This”

Part 1: Observing a Set of Photographs

Distribute Handout titled “Whose Room is This?” or have students turn to the photographs in their book. Without revealing the identity of the room’s owner, display the first image on the handout–Crow’s office. Allow time for students to closely observe the image and record their observations.

Ask students to return to the photograph with the following question in mind: What details about this room and its contents reveal how this person works?

In a class discussion, elicit from students the details they found to be the most telling as they speculated about the room’s owner and the nature of his or her work (e.g., look for students to point out the electric typewriter, the books, or the shelves of organized papers as revealing details, possibly indicating this person may be a writer).

To guide an additional review, pose the follow-up question, What else might the objects in the room and on the walls additionally reveal about the person who works here?

Discuss the additional details that shed light on the owner’s identity (e.g., portraits of Native Americans and landscapes, feathers, walking sticks, and the photographs fo the eagle all seem to indicate that this person reveres nature and Native American culture).

Display the other three images on the handout, repeating the previous process, allowing students to record and share their observations with a partner or with the whole class if time permits.

Reveal the identities and occupations of the people who owned the rooms depicted in the four images taken from photographer Mitch Epstein’s photo essay dedicated to “monumental figures” who died in 2016: “Quiet Places.”

Explain that Epstein’s “goal was to arrive not long after each person’s death, in those days when a person’s spirit can still seem palpable somewhere among their rooms and their things.”

With Epstein’s goal in mind, ask students to select one of the photographs and to conduct very brief, on-the-spot research to discover a few facts about the individual’s career. Then have students reexamine the photo to identify those details that seem to be the most significant clues to the person’s work identity.

Have students focus on the photograph they selected and their research from Part 2. Introduce the sentence frame on Handout titled “Evidence-Based Writing” to support writers in constructing a sentence that relates telling details to a relevant characteristic about the room’s owner.

Have students photograph a room in their home or another personal space that reveals telling details about their own identities. Students may also draw a room with tablet and stylus, or use other software to create a room or another personal space (e.g., their lockers). Students then write a detailed paragraph that connects the telling details to their personality traits. For example, students would write a series of sentences in paragraph form which give telling details about the room’s owner. For a mode of reference, include a photo of  your classroom along with a written paragraph relating the details of your room and how it reflects you. Rubric posted above is used for grading.